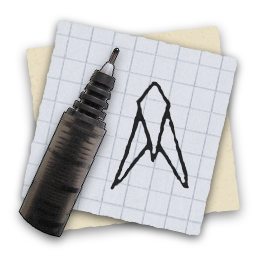 Work with graphic design? Check out our macOS design apps Vectoraster 8 and Patternodes 3 for custom halftones, patterns and animations.

Pilot your ship in a varied sketchy world with five distinct zones, overcoming bosses and challenges, upgrading your ship and weapons along the way to gain access to new areas.

Is there a reason for this quest? Will there be answers along the way? Doubtful. But who needs a storyline when there are things to unlock, bosses to beat and new areas to see?

Beside the main Solo Mission exploration/metroidvania campaign the game also feature an arcade style local 2P mode where you can either play together or compete in different arenas.

SketchFighter 4000 Alpha was originally published by the now gone Ambrosia Software in 2006. With this 2020 revival edition we're bringing this classic game back for old and new fans alike.

Links to reviews or features of SketchFighter 4000 Alpha on other sites.

MacUpdate
User ratings
"SketchFighter is one of my favorite games. It appears like a simple action game on the surface, but there is a strong element of discovery and problem solving. It's whimsical, and I like whimsey, so that's another plus..."

MacStories
Review
"The game is a terrific riff on a classic arcade genre, but what holds the experience together and elevates it is the hand-drawn art and soundtrack."
Engadget
Feature (Original release)
"... in a day and age where next-gen consoles are all you'll read about, this is a great little game with graphics so simple, it'll surprise you how much fun it is."
Macworld
Review (Original release)
"SketchFighter is a retro joy, not only for its bored middle school look and feel, but for its 1980s-style shoot-em-up action. Sure to be a bona fide classic in no time."

Inside Mac Games
Review (Original release)
"Sketchfighter 4000 Alpha is the game I wished I had when I was young. If you're a fan of shooters, do pick the game up..."

A small update has now been released for SketchFighter 4000 Alpha, fixing a couple of little issues and adding native apple silicone processor support.

Due to technical problems at our payment handling provider paddle.com it's currently not possible to purchase licenses for Vectoraster or Patternodes.

Paddle has acknowleged the problems and are saying that they are working on a solution, you can follow the status of this at their status page. Or you can simply come back a little later here and see if the purchase links have started working again. We apologize for the inconvenience and hope this will be resolved swiftly.

Update: The problems have now been resolved and purchasing should work as usual again.

We get a lot of feedback and great ideas from you users. This is always very useful, as it helps us understand how the software is used and how we can make it better.

To make it easier to send feedback we've now set up a new simple system for this to help guide the future development of our applications. Basically it's just a simple list, linked from each product page, with ideas for future features. In this list you can then just click to vote on the features you think would be most useful to you.

If you're interested you can also sign up with your e-mail, and if you do we'll notify you if any of the features you've voted for are implemented. 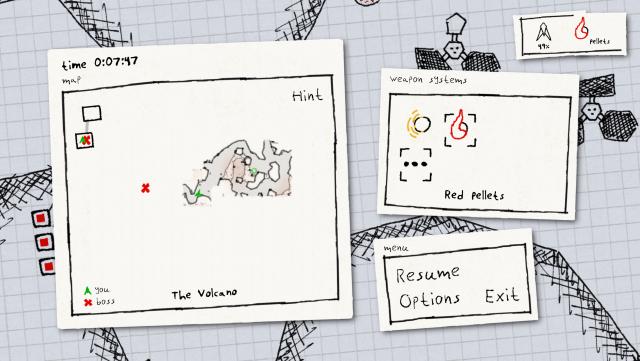 A new update has now been released for SketchFighter 4000 Alpha.

The new update primarily improves the map in the pause overlay, which is now bigger and more detailed, to help you figure out where to go next and where to look for secrets and upgrades you might have missed.

Additional changes in the new version:

Another patch update is now making its way to the app store for SketchFighter 4000 Alpha.

You can now use the fire key like enter to dismiss most dialogues and quickly save at save stations, some extra hints have been added to help new players find their way in the early parts of the volcano and the sound playing code has been optimized for better performance.

Purchase process
This product can only be purchased via the Appstore links, all payment processing and app delivery is handled by the appstore.